Camping In The Black Forest

Picture rocky peaks, tumbling hills, enchanting woodlands and chocolate-box towns and you’ve got the beautiful Black Forest. One of the most scenic regions in Germany, it’s also known for being the somewhat dark and dramatic backdrop of the Brothers’ Grimm fairy tales.

Black Forest camping trips not only promise plenty of opportunities for being at one with nature but also fascinating day trips to elegant spa towns and historic cities lying in the shadows of mighty mountains.

Camping Holidays In The Black Forest

With so much to offer both active holidaymakers and those looking for a relaxing escape to nature, a spot of camping in the Black Forest should be high on your list if you want to explore some stunning countryside of Germany.

Current offer 7 Nights : 15/10 > 22/10 from € 294
Discover
(1) Amendments up to 7 days before arrival without giving any reason are only valid for campsites with the Vacanceselect or Tohapi logo and for accommodation with the blue tent symbol. Any amendments made within six weeks of departure, the holiday cost applied will be at the same or where applicable, at a higher rate. Please note, for 2023 holidays, free amendments can be made up to 14 days before arrival. (2) If it is not possible to travel to your holiday destination, it is possible to change to another campsite or period free of charge from 10 days before arrival. If you want to change to another destination, this only applies to accommodation with the blue Vacanceselect logo. These can be found on the campsite page in the accommodation overview. If, according to the DFA, it is not possible to travel to your holiday destination 10 days before arrival, you are entitled to a full refund (of course, in this case you can also change your booking free of charge as described above). If we have to cancel your holiday because of circumstances relating to COVID-19, you will receive a full refund.
Filters
No filters 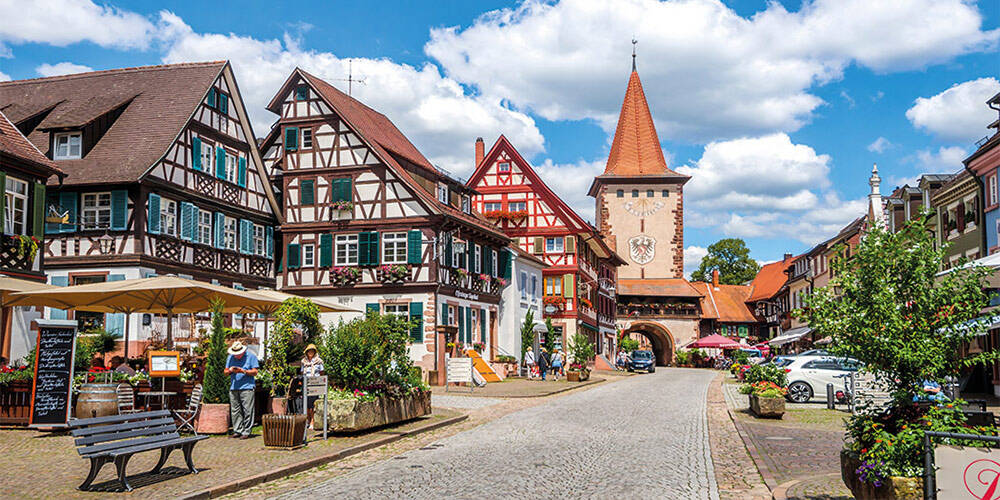 Popular places in the Black Forest

Stretching from the spa town of Baden-Baden to the Swiss border and east from the Rhine, the characterful Black Forest region of Germany is just waiting to be explored.

Vast stretches of evergreen forest fill the majority of the region yet they’re punctuated by impressive peaks like Belchen and Feldberg. With mountains also come crystal-clear lakes like Titisee and Mummelsee, the latter of which is a key stop on the popular ‘Black Forest High Road’ driving trail.

For those hoping to experience distinct German culture, a holiday in the Black Forest also allows for day trips to attractive old towns including Wolfach, Freiburg and Calw. Additionally, the region is right on the Swiss border meaning easy access to cosmopolitan cities like Basel.

Top campsites in the Black Forest

Whether you want to make the most of the region’s glorious scenery or you’d rather spend your days hopping from one spa town to the next, you’ll find our Black Forest campsites well-equipped and well-placed.

Kinzigtal campsite is surrounded by miles of gorgeous countryside that can be explored on foot, bike or even horseback. Perfect for families, it has a huge swimming pool complex and an onsite restaurant serving up tasty local cuisine. If you’d rather swim and eat beyond the site, though, you’ll find the town of Steinach 15 minutes’ walk away and Europa Park (Germany’s largest theme park) a half hour drive.

Things to do when camping in the Black Forest 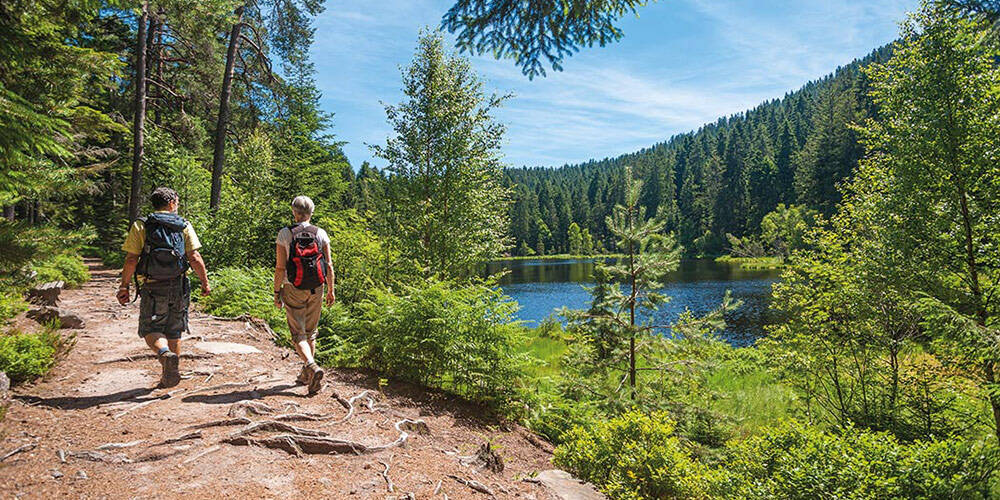 Famous for its spas, Schwarzwälder Kirschtorte (Black Forest gateau) and cuckoo clocks, there's plenty to keep you entertained on a camping holiday in the Black Forest.

Belchen - Considered one of the most beautiful Black Forest mountains, it’s worth walking to Belchen’s summit for spectacular views of the Vosges, the Rhône-Rhine canal and - on a clear day - the Swiss Alps.

Pforzheim - Located on the northern edge of the Black Forest, Pforzheim was almost totally destroyed in WWII but is now one of the most attractive towns in the region. It’s an important gold centre and houses the Schmuckmuseum, an excellent jewellery museum. 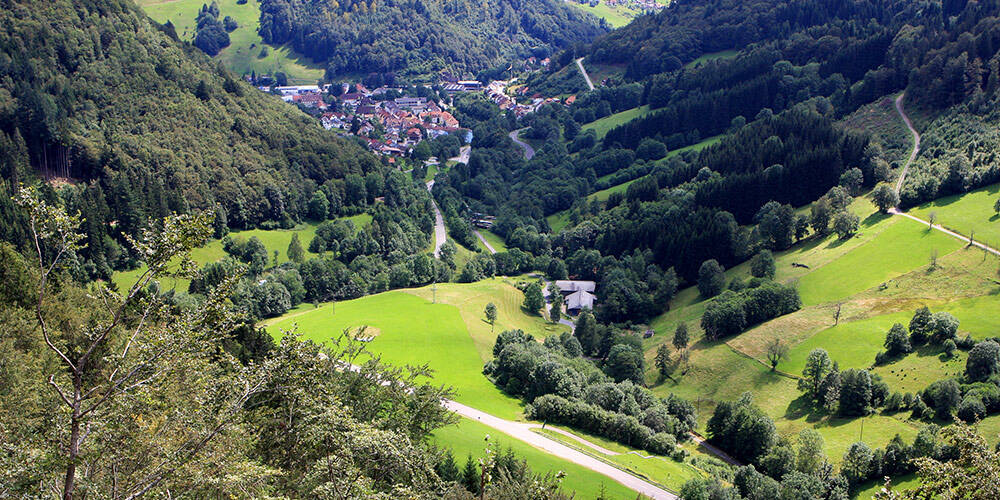 Wolfach - A lovely old town with picturesque painted houses. Wolfach is also a traditional glass-blowing centre and home to the Dorotheenhütte - the only remaining Black Forest factory where glass is blown by hand.

Basel - Only 45 minutes away by car, Basel is Switzerland’s second largest city. Situated on the Rhine, the south western bank of the river is its historic centre and where you’ll find beautiful, medieval buildings and Marktplatz with its fruit and flower stalls.

Rhine Falls - If you’re planning on visiting Switzerland, don’t miss this magnificent waterfall just south of Schaffhausen. The falls are 150m wide and drop 25m in a series of awe-inspiring leaps, prompting the writer Goethe to call them “the source of the ocean”.