Steeped in history with spectacular scenery and miles of gorgeous coastline, it’s easy to see why our family campsites in Normandy are so popular. Explore the beaches of the D Day landings or check out the amazing Bayeux tapestry. Wander around quaint fishing ports or indulge in the famous cider and Calvados apple brandy. from a short break to a family holiday, camping in Normandy is a great way to discover this diverse region.

Want help choosing your perfect destination for a little camping in Normandy? Call our knowledgeable customer advice team on 01 242 1901, or go straight to the individual campsite pages below.

Current offer 7 Nights : 08/04 > 15/04 from € 231
Discover
(1) Amendments up to 14 days before arrival without giving any reason are only valid for campsites with the Vacanceselect or Tohapi logo and for accommodation with the blue tent symbol. Any amendments made within six weeks of departure, the holiday cost applied will be at the same or where applicable, at a higher rate. Please note, for 2023 holidays, free amendments can be made up to 14 days before arrival. (2) If it is not possible to travel to your holiday destination, it is possible to change to another campsite or period free of charge from 10 days before arrival. If you want to change to another destination, this only applies to accommodation with the blue Vacanceselect logo. These can be found on the campsite page in the accommodation overview. If, according to the DFA, it is not possible to travel to your holiday destination 10 days before arrival, you are entitled to a full refund (of course, in this case you can also change your booking free of charge as described above). If we have to cancel your holiday because of circumstances relating to COVID-19, you will receive a full refund.
Filters
Close to 0
Rating 0
Accommodation 0
Ranges 0
Facilities 0
Show moreShow less
Activities 0
Show moreShow less
Services 0
Show moreShow less 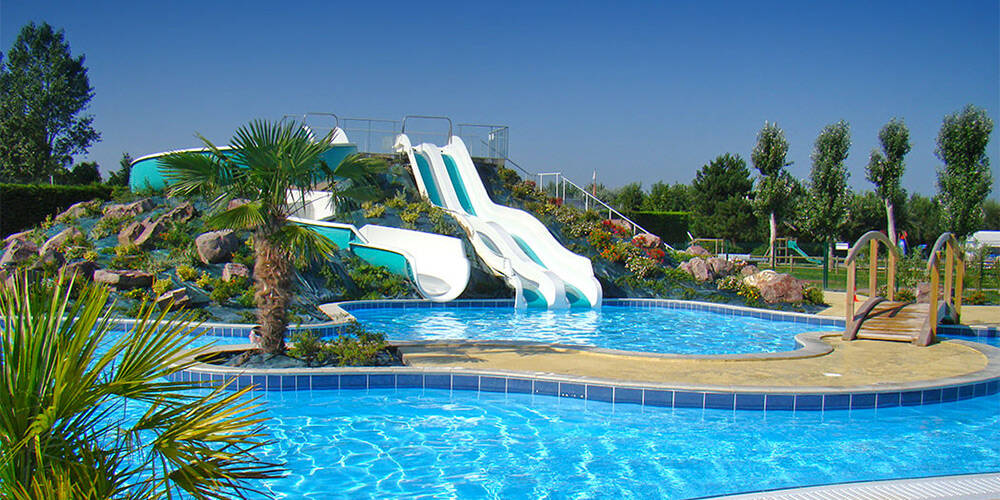 Explore our campsites in Normandy

Camping Fanal - this 4 star campsite is the perfect base for exploring the region and is just 7 miles from the iconic Normandy Landing beaches.

Camping Orée de Deauville - a peaceful campsite that’s an ideal base for exploring the seaside resort of Deauville.

Camping Aiguille Creuse - discover the beautiful shingled beaches of the Normandy coast from this peaceful campsite. 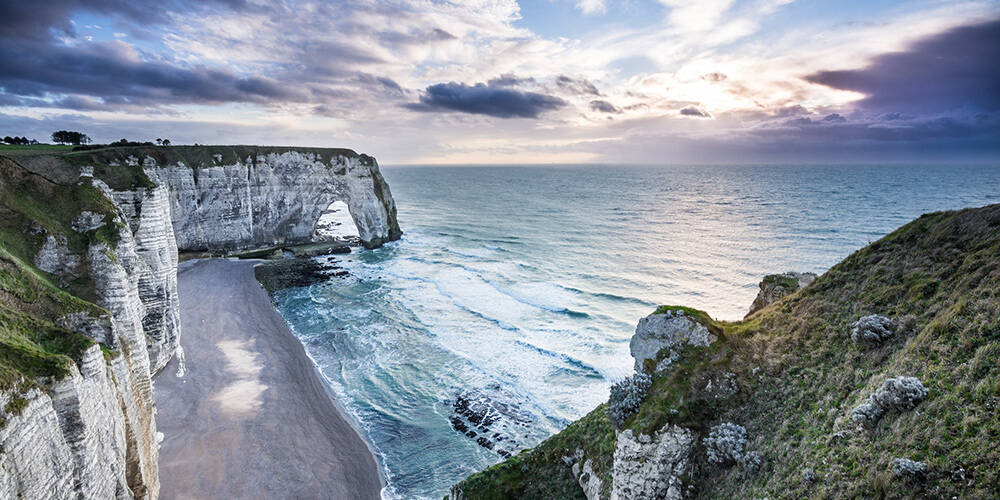 What to expect from camping in Normandy

Normandy is a great destination for a family holiday if you want loads to do without having to travel too far. Get to Normandy from the UK with a ferry crossing to Caen, Cherbourg or Le Havre - you can be there in as little as three hours via the Portsmouth to Caen route.

Things to do when you’re camping in Normandy 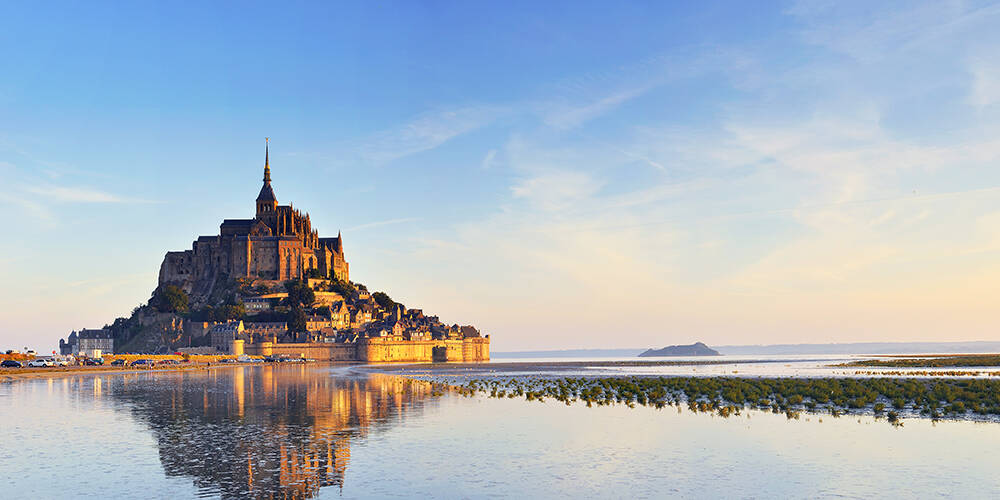 There are so many great places to visit in Normandy, from historical sites to family tourist attractions:

D-Day Landing Beaches - see where Allied forces landed in June 1944, plus numerous memorials and museums such as the restored Canadian tank at Courseulles-sur-Mer, and the Utah Beach museum at Arromanche.

Bayeux - don’t miss the famous Bayeux Tapestry, a 70m long piece of linen depicting the events of the Norman Conquest and the Battle of Hastings. Bayeux is also first town to be liberated by the Allies - learn how the events unfolded at the Battle of Normandy Museum.

Caen - home to the Musée des Beaux-Arts, an impressive art gallery in the grounds of the Chateau Ducal, which was built by William The Conquerer and his wife Mathilda.

Honfleur- the epitome of a Normandy fishing port with its cobbled streets and colourful narrow houses.

Mont St Michel - don’t miss a visit to the famous Mont St Michel, on the Brittany-Normandy border. Explore this ancient site of pilgrimage and tour the Abbey buildings. Before you leave, buy some of Mère Poulard’s biscuits in their iconic tins. 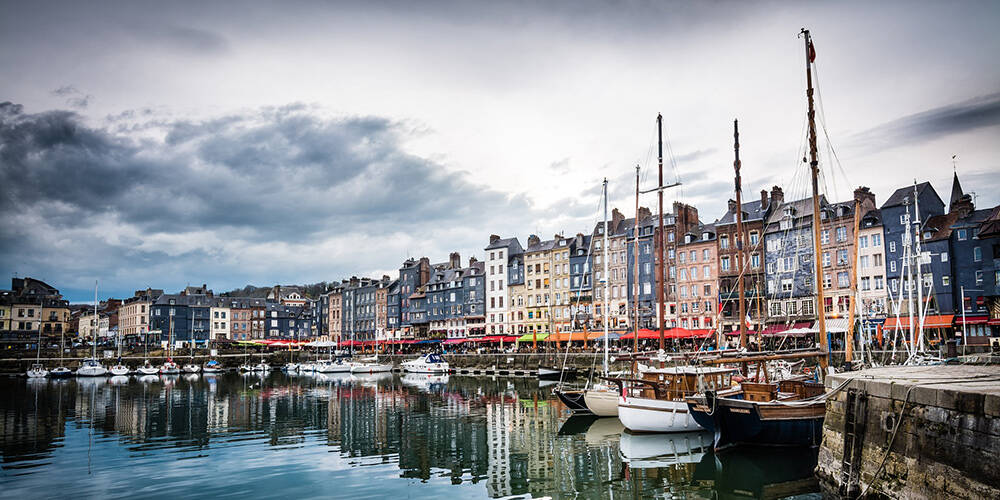 La Cite de la Mer - learn about the ocean depths in this must-see scientific and cultural attraction. Explore the world’s largest submarine open to the public, see Europe’s largest cylindrical aquarium and learn all about the Titanic at the museum. La Cite de la Mer is just minutes away from the Cherbourg ferry port so it’s a great stop-off either as you arrive in France, or before you catch your ferry home.

Giverny - visit the home and gardens of Claude Monet with its Japanese bridge and pretty water garden are open to the public from April until the end of October.

Falais - the reputed birthplace of William the Conqueror, it was a key site inthe Battle of Normandy. It’s also the home of one of the most charming Automates Avenue, a unique collection of 300 clockwork figures recreating the magic of the animated scenes once typical of Parisian department stores at Christmas time.

There’s loads more ideas on how to spend camping holidays in Normandy on the official Normandy Tourism website.